October is designated as National Breast Cancer Awareness Month, an annual campaign to increase awareness of the disease. Nationally recognized in 1985, the month was initially aimed at increasing early disease detection by encouraging woman to have mammograms. Over the years, it has evolved into raising awareness and funds to help support life-saving research and life- support for breast cancer fighters worldwide.

Guy Roofing searched for ways to show their love and support to those who have been diagnosed with this dreadful disease. This year, they partnered with The Boon Project, committing to donate $50 for every new customer during the month of October. 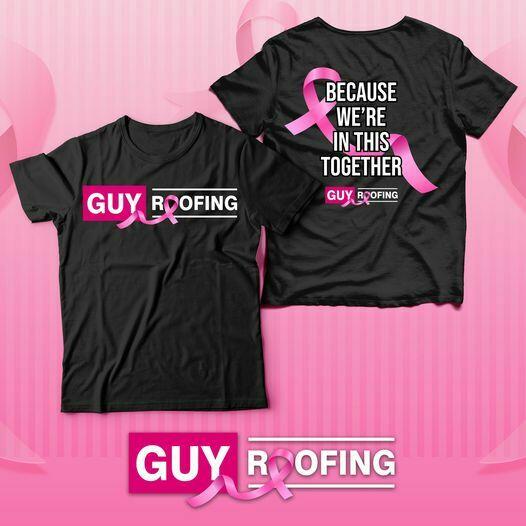 Guy Roofing also printed special edition (and limited edition) “Because We’re in This Together” t-shirts available for purchase during the month of October. For each donation, employees received a limited-edition t-shirt with 100% of the proceeds benefiting The Boon Project.

On November 11th, The Boon Project was presented with a $2,500 donation from Guy Roofing by Savanna James, Director of Marketing. 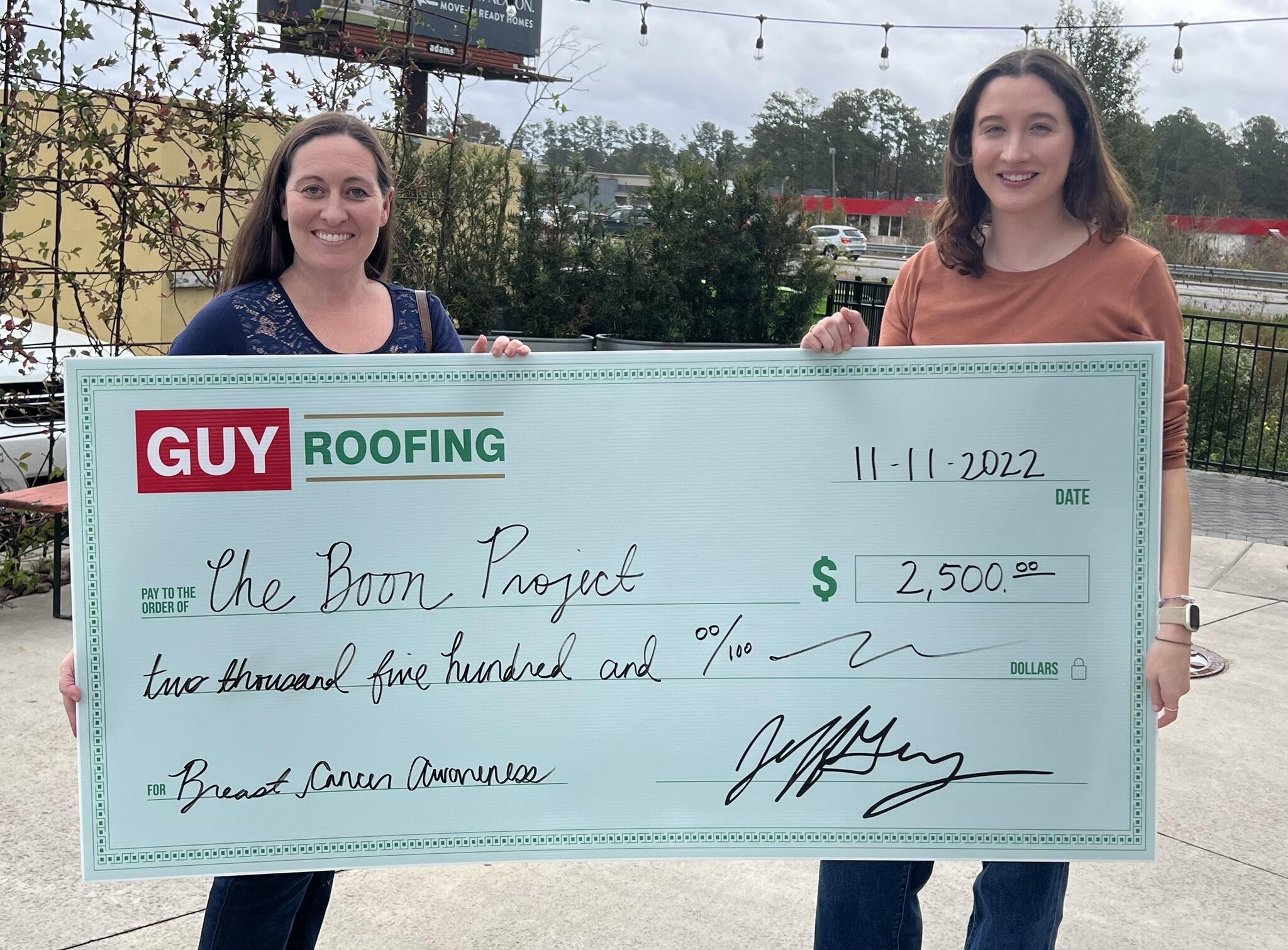 The Boon Project Founder & Executive Director, Katherine Brown, said “Our partnership with Guy Roofing has been amazing! Their support has not only helped us monetarily, but it has also given us exposure within the community. The exposure has enabled The Boon Project to provide more support to cancer fighters through the Courage Club, our cancer fighters support group.” 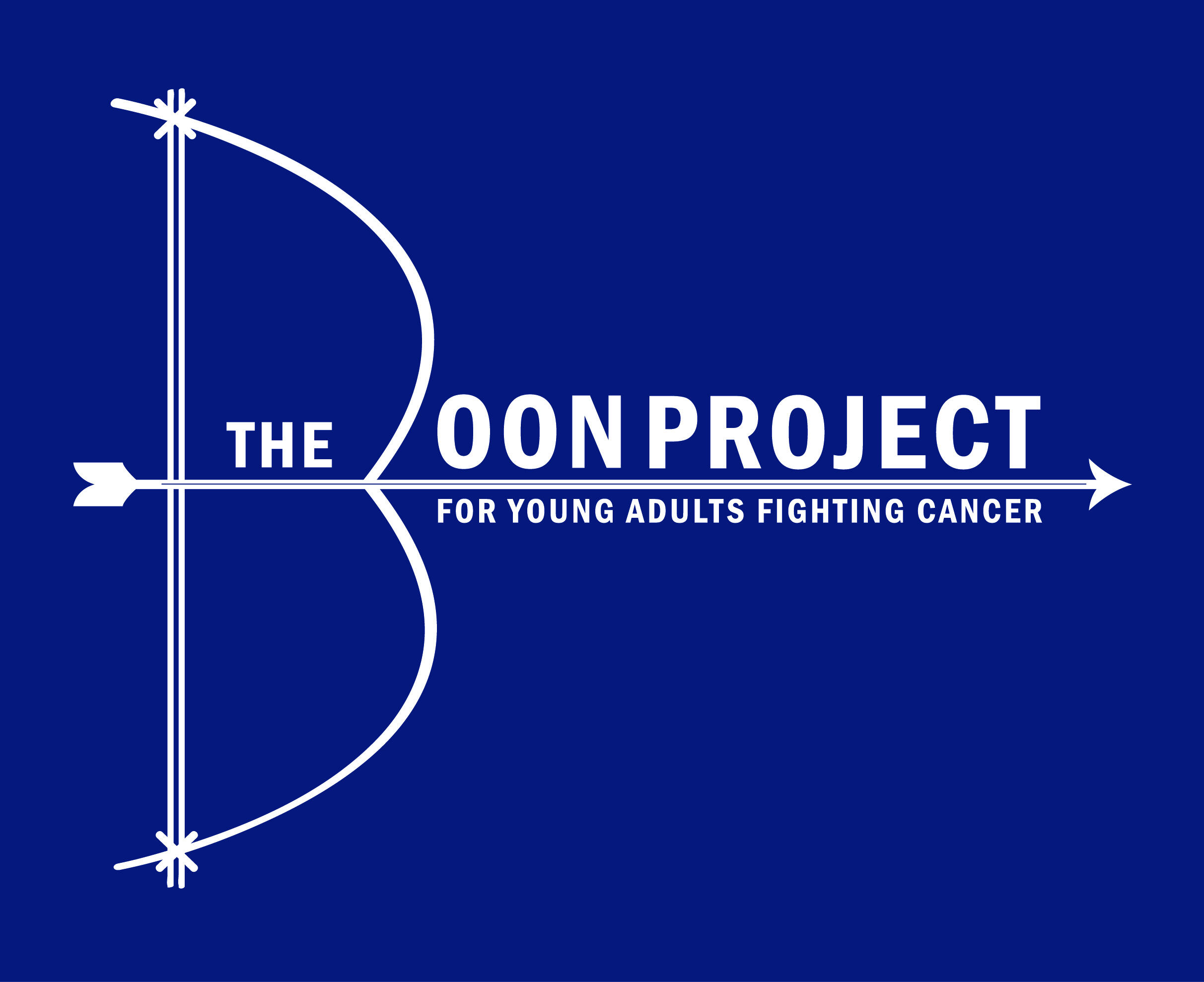 To learn more about The Boon Project and how they are making a difference in the lives of young adult cancer patients, visit their website.